Traffic in Klang Valley seems to have gotten progressively worse lately. There seems to be a significant increase in number of vehicles on the road and together with roadworks, have made Klang Valley a nightmare for local drivers.

While previously you could get a respite during non-peak hours, these short pockets of relief are far and few nowadays! We are fast heading towards the direction of cities known for their horrendous traffic such as Manila, Bangkok and Jakarta.

So what exactly cause these horrible, horrible traffic jams?

Many Malaysian drivers are adverse to long queues. Who isn’t, right? So instead of getting into a queue and driving slowly to their destinations, they zoom forward on the emergency lane, overtaking other cars in line.

Then they get stuck at the front because the road just can’t accommodate so many rows of cars, subsequently causing a gridlock and slowing everyone down even more.

This is one thing that drivers need to understand…better be slow and steady than not moving at all.

Many drivers, despite having driven on the same road day in and day out still do not seem to have an efficient driving plan in hand.

For instance, if you knew you’re going to exit left in half a kilometre, it’s best to stay on the left lane. By changing lanes at the last minute, you are creating a disharmony on the road, suddenly slowing down a lot of drivers which causes traffic jams.

3. Lack of understanding about outside/overtaking/rightmost (in Malaysia) lane

Just because you are sticking to the speed limit, it does not give you the right to cruise at that speed on the outside/overtaking/rightmost lane.

The outside lane is for cars in the middle lane to safely overtake slower cars in front of them. That’s why, this lane is not for cruising at a Sunday driver’s speed as this behaviour hampers overtaking manoeuvres by drivers in middle lanes, which, in turn causes traffic jams as people could not escape driving behind unusually slower drivers.

As overtaking involves speeding up, so the outside lane is a much faster lane as well. Hence, cruising on this lane does not only endanger yourself but other drivers as well.

Think about it. If you’re in middle lane, a faster car behind you will have the choice to overtake on the outside lane, hence it will reduce the seemingly asshole-ly behaviour of tailgating too.

If you’re being tailgated on the outside lane, that’s because you are far too slow and should be on the inside or middle lanes.

It is good to be safe, and braking while you’re cornering is one of the most dangerous manoeuvres you can perform while driving. You should only brake just before the road starts to curve and then steadily accelerate to a safe speed while driving along the corner.

The problem with braking to reach a safe speed while on a curved road is that it reduces your vehicle’s traction (very dangerous in the rain) and is difficult as your wheels and car body are not aligned.

This causes intermittent, unstable braking that causes cars behind you to slow down unsteadily as well.

5. Not picking the right lane for your speed.

Imagine 3 different cars driving at 60kmh on all three lanes. Cars behind them have no chance of overtaking. This domino effect could affect cars up to hundreds of kilometres behind! And that’s how traffic jams with no reasons are started.

6. Not allowing other cars to switch lanes safely

We have all been there. We indicate our intention to switch to a next lane, as we try to move into the lane, a car on that lane suddenly speeds up and ruins your plans.

Not allowing other cars to switch lane safely causes traffic jams because it disrupts the flow of traffic. A car which is trying to switch lane likely need to do it because they need to exit the road and if you don’t allow it, the car would need to slow down significantly as not to miss an exit.

8. Slowing down to look at traffic obstructions

This is the most obvious cause of traffic jams in Malaysia. Every single Malaysian who drives has probably witnessed car accidents, from minor fender benders to serious crashes and yet, the fascination of looking at these morbid occurrences remain.

Traffic jams could stretch for hundreds of kilometres thanks to just one car slowing down to watch a minor fender bender. Don’t be part of the problem. 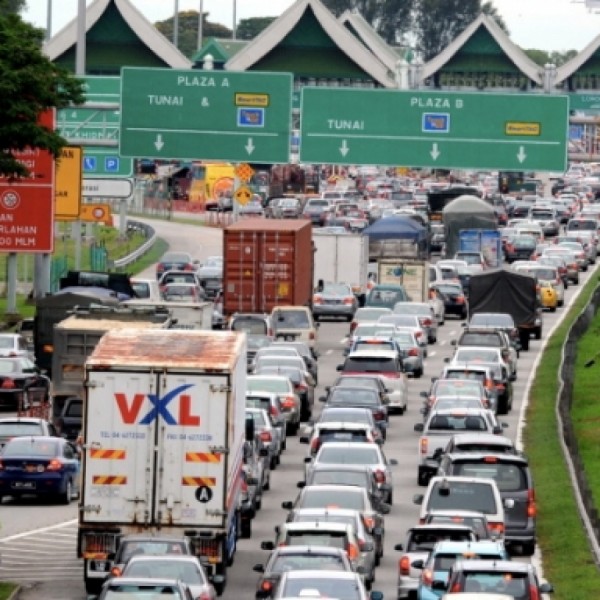 We may not be able to control roadworks and potholes, but I am confident that with some positive changes to our driving attitude we will be able to make driving in the Klang Valley better for ourselves and everybody else too.

Is your relationship healthy? These 10 questions will let you know.
A collection of 32 first-world anarchists