Posted January 2, 2014 in Self improvement Comments

Well, the first thing I managed on the morning of new year’s day was to drop my phone on a concrete floor. This is how my phone looks like now. 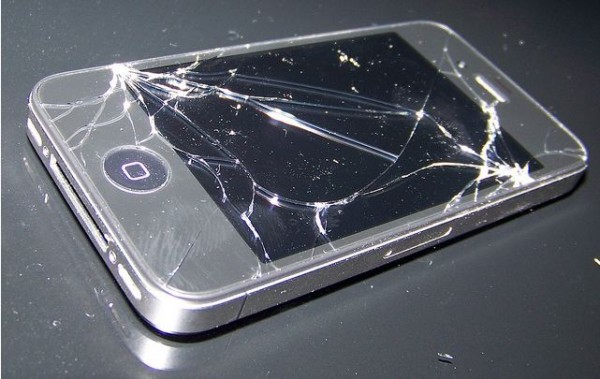 What a disappointment! Of all days, it had to happen on the first day of the new year.

I suppose there’s just something very important about starting your new year on a good note. But when something unfortunate has happened, it’s difficult not to believe that the new year is now effectively doomed from the start. Worse, it’s hard not to worry that more bad things would happen and it won’t stop until the year finishes.

Guess what? It can stop. You can make it stop. Here’s why….

So it’s true that you cannot predict or stop accidents, but you certainly can stop swimming in the pit of misery.

For example, while I do love my phone (very, very much) but at the end of the day, I know my phone can be repaired and yes it would cost some money and some time but since there’s no other way around it, why continue staying in a state of anger and frustration? Time is a scarce commodity and shouldn’t be wasted on negativity, while money will and do come back.

Don’t make the mistake of obsessing over things that can be fixed . Don’t waste time complaining about troubles that can be solved with some time and money.

So how was your first day of 2014? I hope it’s amazing. If it wasn’t as great as you expected, if you encountered any setback, just remember to remind yourself that the worst has passed and there’s only one way to go now – up!